We looked back at our newsletters from 2019 and found an impressive compilation of accomplishments by our community. Did we miss yours? Send it to linqnews@mit.edu and we will include it in the next edition. Always feel free to share with us publications, awards, recognitions, career milestones, and career opportunities!—Amanda and Eric

12 publications in scientific and medical journals

IMPACT 2017B faculty mentor Ali Guermazi’s research on the implications of hip and knee steroid injections was featured in the EurekAlert!

IMPACT 2017B Fellow, Daniel Reker recently published a review in Nature Chemistry on “Computational advances in combating colloidal aggregation in drug discovery” and published an Advanced Editorial to announce a JCAMD Special Issue on Artificial Intelligence and Machine Learning.

Andrew Jones, IMPACT 2018A Fellow, published an article in Science Advances on how “Microfluidic dielectrophoresis illuminates the relationship between microbial cell envelope polarizability and electrochemical activity” and another in Scientific Reports on how “Continuous shear stress alters metabolism, mass-transport, and growth in electroactive biofilms independent of surface substrate transport”

IMPACT Fellow 2016B and Peer Mentor Ester Caffarel-Salvador published in Science on “An ingestible self-orienting system for oral delivery of macromolecules.”

IMPACT 2017B Fellow Ritu Raman was selected as a finalist for her essay titled  “Modeling muscle” published in Science.

Ritu Raman, IMPACT 2017B, was featured in STAT Wunderkinds for her biohybrid device. She also recently signed a solo book deal with MIT Press.

Di Feng, IMPACT 2016A, was named a STAT Wunderkind for her research in genetic mutations and kidney disease

Professor Susana Marcos Celestino won the National Research Award ‘Leonardo Torres Quevedo’ in the area of Engineering for its pioneering contributions to optical and photonic engineering and to the industrial development of diagnostic and correction instruments in ophthalmology which have benefited thousands of patients.

linQ faculty member Tim Padera was inducted as an AIMBE College of Fellows, one of the highest professional distinctions given to a medical and biological engineer.

Marta Mele, IMPACT 2017A Fellow, was awarded the L’Oreal-Unesco For Women in Science Program

This year, linQ conducted two editions of IMPACT plus the pilot IMPACT US, two editions of Catalyst (one in partnership with the VA and another focusing on Down Syndrome), the 2019 edition of IDEA2 Global, the special edition IDEA2 Global SPARC, and two editions of Rising Stars in Biomedical (one focused on women in biomedical and the other on underrepresented minorities).

Ester Caffarel, IMPACT Fall 2016B and Peer Mentor, was profiled in the Catalonia press and in Science in Boston for her new ingestible microneedle medicine delivery technology to treat diabetes.

Susan Conover was featured by The Capital Network for her success in closing fundraising for LuminDx (startup from Catalyst project Skin) and joining the Techstar 2019 cohort.

Suelin Chen, a jury panelist for IDEA2 in 2018, was featured in MIT News on the startup she co-founded that helps people share their end-of-life wishes with loved ones.

(We couldn’t find only five of anything this year 🙂

Andrew Jones, IMPACT 2018A, joined the faculty in Chemical Engineering at Northeastern University as a Tenure Track Assistant Professor on August 26.

Danielle Mai, IMPACT fellow 2018B, will be starting as an Assistant Professor of Chemical Engineering at Stanford University in January 2020.

…and Ester Caffarel-Salvador, IMPACT Fellow 2016B and Peer Mentor, accepted a position as a Senior Scientist in the Regenerative Medicine team at Leo Pharma in the Boston Tech Hub.

Lydia Bourouiba gave a TEDMED talk on the physics behind “How disease and epidemics move through a breath of air.”

1 Over $1.8 million in project funding raised

Leuko, a startup making the first device for non-invasive white blood cell monitoring and a spinoff from Catalyst, announced it raised $1.8 million in seed financing. Leuko is also hiring a software engineer and a hardware engineer

Congratulations everyone and Happy New Year 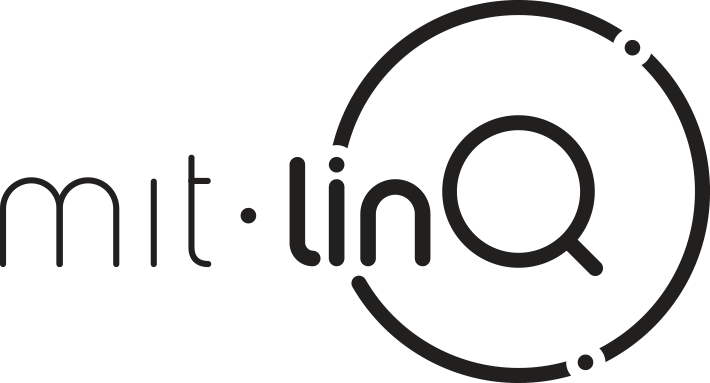